Many of my clients report headaches that correlate with their menstrual cycle. These clients assume that their headaches are an indication of an underlying hormonal problem. This conclusion is logical and possible, but another common underlying cause is histamine intolerance.

I recently had a client say to me. “I have been getting headaches.” “Do the headaches correlate to any foods you are eating”, I replied. ” No,” she said. “But they do appear to relate to my menstrual cycle.” “In particular, they occur on day 13 of my cycle and occasionally a few days before my period begins.

Interestingly, the timing of the headaches coincides with two peaks of estrogen in the menstrual cycle.

The first peak is the highest and occurs towards the end of ovulation. The second peak occurs a few days before the start of menstruation.

Estrogen decreases the levels of Diamine Oxidase (DAO) the body. DAO is one of the main enzymes in the body that breaks down histamine.

Histamine is a compound that the body produces in the presence of allergens and gut and systemic infections such as Lyme disease.

Therefore if you have an underlying infection with a related high level of histamine, a peak in estrogen and an associated drop in DAO will lead to a spike in histamine.

If you think that you suffer from histamine related menstrual headaches, the following strategies may help.

For tackling histamine related menstrual headaches, there are two categories of treatment: symptom-reducing and root cause resolution.

If you get histamine related menstrual headaches, try taking a DAO supplement a day or two before you expect your symptoms. I recommend Seeking Health Histamine Block.

As we discussed above, the body produces histamine in the presence of allergens and infections such as gut infections and Lyme disease. Chronic or longstanding infections will lead to a buildup of histamine. Functional medicine practitioners can help identify and treat underlying infections. Gut infections that can cause excess histamine include Small Intestinal Bacterial Overgrowth (SIBO) and parasites. 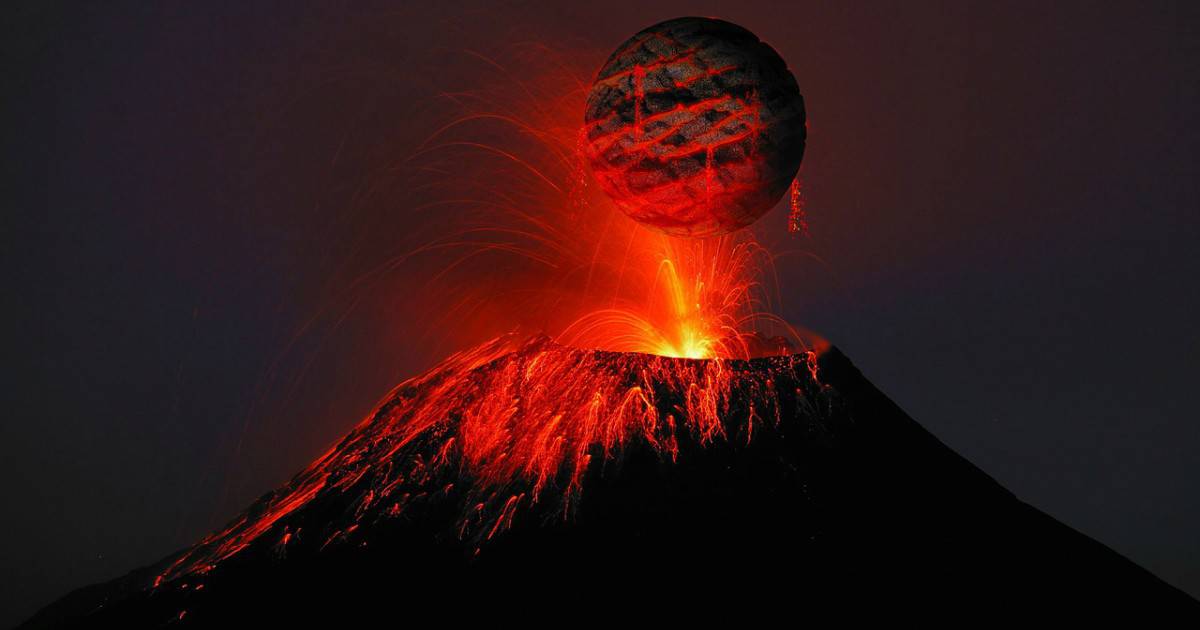 MCAD is the term for describing the whole spectrum of diseases of the mast cell.

There are two main types of primary mast cell diseases including:

There is a third type of MCAS where we observe inappropriate activation of the mast cells, where we cannot describe it as either Mastocytosis or an allergic-type phenomenon. We label this type of MCAD under the MCAS banner.

Read on to learn about the symptoms, diagnosis, causes, testing and treatment of MCAS.

What are the typical symptoms and systems affected by MCAS?

MCAS may affect virtually any system in the body. So by definition, MCAS may cause a multitude of different symptoms.

Neurologically, you may see symptoms of fatigue and cognitive dysfunction that a lot of people describe as “brain fog.”

There may be a motor and sensory neurologic issues.

And if the central nervous system is affected, there could be psychiatric issues including anxiety and depression.

MCAS may affect the cardiovascular system with all sorts of autonomic related issues including:

MCAS may cause a lot of muscle pain, which is diffusely migratory. There may also be bone issues including osteopenia and osteoporosis.

MCAS can cause all sorts of issues in the GI tract including acid reflux, nausea, vomiting, and alternating diarrhea and constipation.

We find mast cells predominantly at environmental interfaces on the outside of the body where they’re best positioned to serve out their principal role and defence. As such we see many skin issues with MCAS including rashes as well as nail and hair problems.

When you think about the biology of this, where do mast cells reside in the body? Well, there are present in every vascularized tissue, but they dominantly site themselves at the environmental interfaces and also perivascular sites. So that’s

The lungs are another example of an environmental interface found in the body. As such, patients with MCAS can describe intermittent problems with shortness of breath, and sometimes wheezing.

The GU tract is another environmental interface. So MCAS patients may experience irritation and pain in the urinary tract.

MCAS can reduce the function of the Immune system so leading to a wide range of possible consequences, including:

We could go on to the other systems in the body, but I think you get the point that it’s just a bewilderingly vast array of potential symptoms.

According to MCAS expert Dr Lawrence Afrin, most patients who are ultimately found to have MCAS have been searching for help with their symptoms for a very long time, typically for decades.

At present, there are no scientifically validated cause for MCAS only possible theories.

One theory originates from researchers at the University of Bonn Germany. They suggest that MCAS patients may have mutations in the controlling elements of the mast cells. This opinion has not yet been verified so we more research to understand the cause better.

Currently, there is no single reliable laboratory test available for the diagnosis of MCAS. There are some tests available that collectively give a good indication of MCAS.

Because of the complicated nature of MCAS, I recommend a simple step by step approach to treatment.

Step one: Identify and avoid the triggers

Before looking for the underlying cause of MCAS, it is vital to reduce any symptoms. The first part of this is to identify and withdraw any triggers. Typical triggers include high histamine foods so following a low histamine elimination diet is useful. A low Fodmap diet may also be worth trying as it has been shown to lower histamine levels in the body. For my clients, I tend to start with the low Fodmap diet. If symptoms do not reduce to a manageable level, then we try a low fodmap low histamine diet.

The second part of controlling symptoms is to find an optimal antihistamine regimen. There are two types of antihistamines you can try, medications and supplements.

H1 antagonists, also called H1 blockers, are a class of medications that block the action of histamine at the H1 receptor, helping to relieve allergic reactions. There are two types of H1 blockers, sedating and non-sedating. Since fatigue is such a common symptom in MCAS, it is better to use a non-sedating kind of H1 blocker. Examples of non-sedating H1 blockers include Allegra and Claritin.

H2 antagonists, sometimes referred to as H2RA and also called H2 blockers, are a class of medications that block the action of histamine at the histamine H2 receptors of the parietal cells in the stomach. They are typically used to reduce the production of acid in the stomach. Examples of H2 Blockers include Pepcid and Zantac.

When treating MCAS, you will often need a combination of an H1 and H2 blocker. There is no easy way to find the right combination except through a patient step by step trial and error approach. At this point, I would highly recommend you try this under the supervision of your doctor or trusted healthcare practitioner.

Natural antihistamines that have been shown to reduce histamine levels in the body include:

Step Three: Identifying and treating the cause

As I mentioned above, there is no known cause fore MCAS only theories.

In my clinical practice, I see a strong association between the presence of SIBO and excess histamine. This observation may explain why a low fodmap diet can be a useful tool for reducing a high histamine body load and reducing symptoms.

Regarding cause, I see some parallels with MCAS and true Fibromyalgia. Research has shown a possible link between fibromyalgia and childhood trauma. There has also been some research looking at an association between histamine and stress.

Based on the above observations I suggest a two-step approach for looking at the underlying cause of MCAS.

Step One – Looking for Infections

Assuming that we have already removed any food triggers from the diet then the next step would be to look for any gut infections in particular SIBO. You can do this by using a Lactulose Breath Test.

Step Two – Identifying and Resolving any Past Emotional Traumas

There are some treatment modalities that I recommend and may help with past emotional trauma, some are scientifically validated and some not. 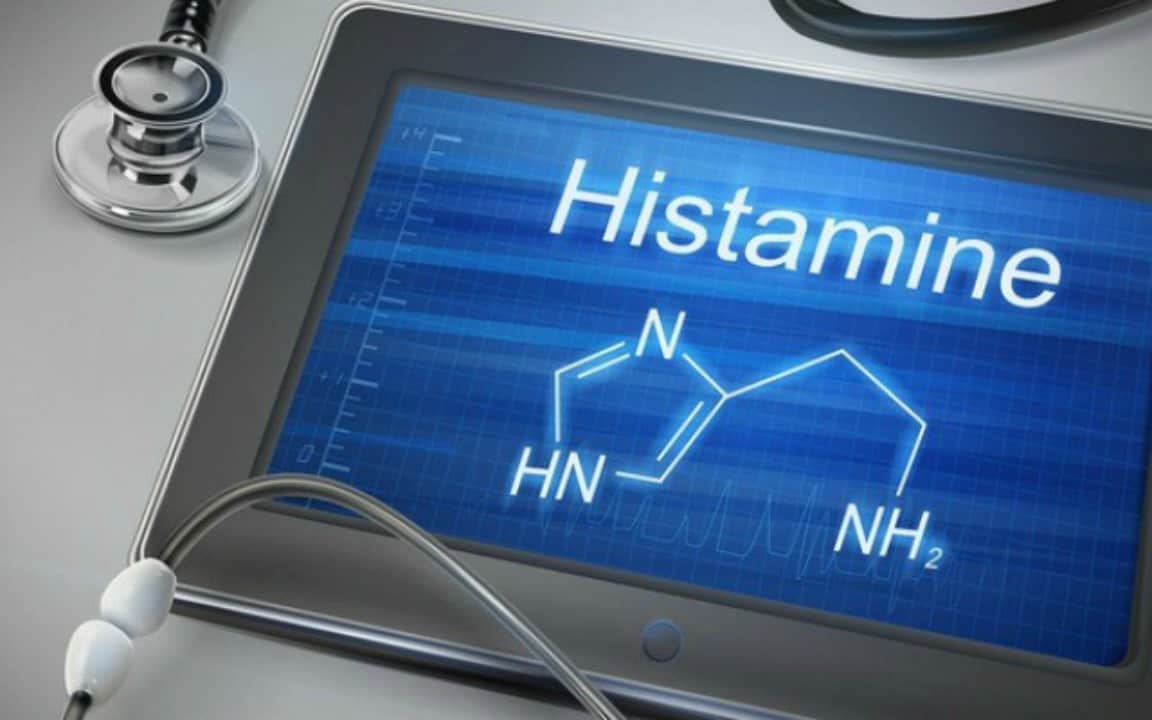 May 1, 2016
By Dominick Hussey 8 Comments Histamine Intolerance and MCAS

Histamine Intolerance: Everything You Need To Know

Do you endure unexplained headaches or migraines? What about difficulty falling asleep? Do you react badly to mosquito bites? Do you experience irregular periods? If you said yes to any of these questions, then you could have a histamine intolerance.

Histamine is a chemical associated with your immune, digestive, and central nervous systems. As a neurotransmitter, it conveys important messages from your body to your brain. It is also an ingredient of stomach acid that helps you digest food in your stomach.

You might be most intimate with histamine as it associates with the immune system. If you’ve endured seasonal allergies or food allergies, you may have noticed that antihistamine medications such as Zyrtec, Allegra or Benedryl provide quick relief of your symptoms. This process occurs because histamine’s role in the body is to cause an immediate inflammatory response. It serves as a warning to your immune system, of any potential threats.

Histamine causes your blood vessels to widen, or dilate so that your white blood cells can quickly find and attack an infection. The histamine accumulation is what gives you a headache and leaves you feeling flushed, itchy and miserable. This process is part of the body’s natural immune response, but if you don’t break down histamine correctly, you could develop what we call histamine intolerance.

Because it travels throughout your bloodstream, histamine can affect your digestive tract, lungs, skin, brain, and cardiovascular system, leading to a broad range of symptoms that can make it difficult to diagnose the underlying cause.

How do I break down histamine?

Once made, histamine is either stored or broken down by an enzyme. Histamine in the central nervous system is broken down primarily by histamine N-methyltransferase (HMT) while histamine in the digestive tract is broken down mainly by diamine oxidase (DAO). Though both enzymes play a significant role in histamine break down, the American Society for Clinical Nutrition found that DAO is the primary enzyme responsible for breaking down ingested histamine. So if you’re deficient in DAO, you likely have symptoms of histamine intolerance.

Although histamine blockers, a class of acid-reducing drugs, seem like they would prevent histamine intolerance, these medications can deplete DAO levels in your body.

Remove the above high histamine foods for 30 days and reintroduce them one at a time.

You can ask your doctor to test for histamine and DAO levels. A high ratio of histamine to DAO means that you are ingesting too much histamine and that you don’t have sufficient DAO to break it down.
Trial of DAO

If testing is unavailable to you, you could only try a diet low in histamine and add DAO supplementation at each meal. If your symptoms resolve, you could have reduced DAO.

How to Treat Histamine Intolerance?

If you have any questions about this article either post them in the comments section below or email using the form on my contact page.