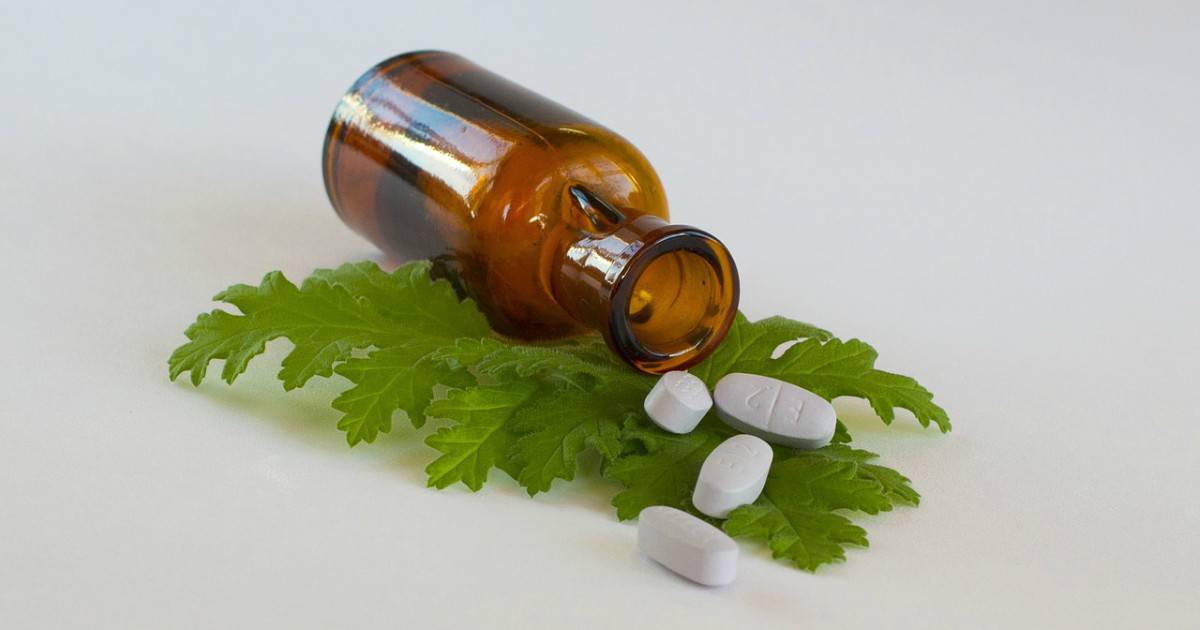 Because of the complicated nature of SIBO, no definitive natural SIBO treatment protocol works for everybody.

That said, in my opinion, we should consider four fundamental elements in a natural SIBO protocol. These elements include :

Read on to learn about some of the supplements that I use in my practice that encompass the above four elements within a natural SIBO treatment protocol.

There are two approaches to treating SIBO with antimicrobial herbs. Some health practitioners use a single herb supplement while the others use combination product.

Currently, there is no scientific evidence to show that one approach is better than the other. I use combination products in my practice purely by convenience and cost.

Due to lack of accessibility in Canada, there is only one antimicrobial formula I use in my natural SIBO treatment protocol.

GI Microbe X is antimicrobial formula produced by Designs for Health. The product is a blend of antimicrobial, antifungals and anti-parasitic herbs.

If you live in the United States, a product that is similar to GI Microbe X is GI-Synergy. GI-Synergy is a blend of three products from a company called Apex Energetics.

Biofilms are composed of extracellular polymeric substances (EPS). Bacteria in the gut surround themselves with biofilms as a protective measure. Within a natural SIBO treatment protocol, we use biofilm disruptors to break down the biofilms.

Within my practice currently, use one supplement as a biofilm disruptor.

Acetylcholine is an organic chemical that functions in the brain and body of many types of animals, including humans, as a neurotransmitter—a chemical released by nerve cells to send signals to other cells. Supplemental acetylcholine has been shown by researchers to be effective in breaking down biofilms.

Another well-researched biofilm disruptor is Lauricidin, which is monolaurin. Lauricidin is a particular form of monolaurin, which is an extract of lauric acid.
You can find Lauric acid in coconut oil and mother’s milk.

Lauricidin has activity against yeast, viruses, and bacteria, and also some action against biofilm.

A recent study tested the activity of 15 phytochemicals against Borrelia burgdorferi, which is the bacterium that causes Lyme disease. Monolaurin was one of the four most effective botanical compounds and only one of two that affected Borrelia biofilm. Importantly, it did not cause toxicity to human cells.

Interface Plus is also a biofilm disruptor.

A bacterial activator is a compound that encourages bacterial cell division. When treating SIBO with antimicrobials bacteria go into survival mode by becoming dormant and stop dividing.

Hydrolyzed Guam Gum or PHGG is a supplement I use a bacterial activator. PHGG is a type of guar gum that has a lower molecular weight. It dissolves completely in water and has no taste, and it’s straightforward to
consume for that reason.

In a natural SIBO treatment protocol probiotics are used for their antimicrobial properties.

Currently, I use two probiotic supplements, Prescript-Assist and MegaSporeBiotic.

Prescript-Assist is a blend of 29 strains of soil-based organisms. Soil-based probiotics mimic the flora in traditional diets, ancestral Paleo type of diets.

The benefits of Prescript assist include:

The bacteria in MegasporBiotic are known as transit commensal organisms that use an environmental vector, the soil, in this case, to gain exposure to hosts.

These organisms spend about 21 to 27 days in the gut, and they perform a variety of essential functions. One of these is secretion of antimicrobial peptides or antibiotics. Like Prescript-Assist, MegaSporeBiotic is shelf-stable and well tolerated.

MegaSporeBiotic contains an organism called Bacillus clausii, which is the most frequently prescribed probiotic in the world. Bacillus clausii has been shown to help SIBO.

In one study participants diagnosed with SIBO using a glucose breath test were given Bacillus clausii for one month. One month later researchers found that 47 percent of the subjects had a normal glucose test.

Other Useful Supplements to include in a Natural SIBO Treatment Protocol

Depending on presenting symptoms there are five additional supplements that, in my opinion, are worth considering within a natural SIBO treatment protocol.

Iberrogast is a blend of nine herbal bitters that stimulate both bile production and gut motility. Because Iberogast helps with gut motility, I will tend to use it in patients who have constipation.

I will use Iberogast in patients who have significant gas and bloating because it helps with that a lot.

MotilPro is a prokinetic supplement, which means it stimulates gut motility, but it does it in a different way than Iberogast.

MotilPro contains 5- HTP, which is a precursor to serotonin, and serotonin stimulates gut motility.

Betaine HCl is stomach acid, and pepsin is an enzyme that helps with protein digestion, which is often impaired in SIBO patients. Including this supplement in the protocol often make patients more comfortable and helps with their symptoms.

Digestive enzymes help with the breakdown of protein, carbohydrates, and fat and can be useful for patients with severe gas and bloating.

Phosphatidylcholine is useful for patients with fat malabsorption and impaired bile metabolism.