HomeArticlesNutritionIron Deficiency Anaemia: Everything you need to know 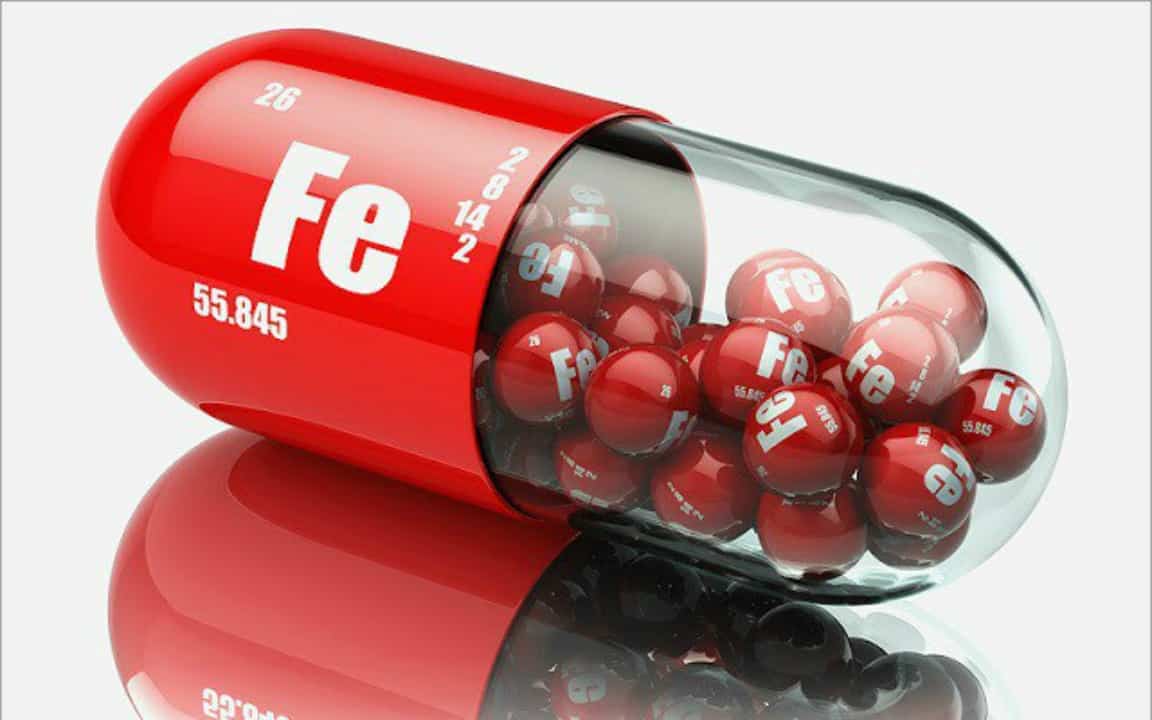 By Dominick Hussey May 1, 2016 0 Comments Nutrition

Iron Deficiency Anaemia: Everything you need to know

This blog is the most comprehensive guide to iron deficiency anaemia ever. In this guide, you will learn everything you need to know about the causes, symptoms, diagnosis, and treatment of iron anaemia.

The question is: If you have an iron deficiency, what can you do about it? Well, that is where this guide comes in.

Chapter 1: What is iron deficiency anaemia?

Anaemia occurs when you have a level of red blood cells (RBCs) in your blood that is lower than normal.

Iron deficiency anaemia is the most common type of anaemia, and it occurs when your body doesn’t have enough of the mineral iron.

Your body needs iron to create a protein called haemoglobin. This protein is responsible for transporting oxygen to your body’s tissues, which is essential for them to function effectively.

When there isn’t enough iron in your bloodstream, the rest of your body can’t get the amount of oxygen it needs.

Consuming too little iron over an extended amount of time can create a shortage in your body.

Foods such as meat, eggs, and some green leafy vegetables are high in iron.

Because iron is imperative during times of rapid growth and development, pregnant women and young children may require even more iron-rich foods in their diet.

2. Pregnancy or Blood Loss Due to Menstruation

In women of childbearing age, the most prevalent causes of iron deficiency anaemia are heavy menstrual bleeding and blood loss during childbirth.

Specific medical conditions can cause internal bleeding that can lead to iron deficiency anaemia. Examples include a stomach ulcer, Intestinal polyps, or colon cancer.

Frequent use of pain relievers, such as aspirin, can also cause bleeding in the stomach.

Certain disorders that affect the intestines can also interfere with how your body absorbs iron.

Even if you get enough iron in your diet, the following conditions may limit iron absorption:

Chapter 3: What Are the Symptoms of Iron Deficiency Anaemia?

The symptoms of iron deficiency anaemia can be very mild at first, and you may not even notice them.

According to the American Society of Hematology (ASH), most people don’t apprehend they have mild anaemia until they have a blood test.

The symptoms of moderate to severe iron deficiency anaemia include:

Chapter 4: How Is Iron-Deficiency Anaemia Diagnosed?

Your doctor can diagnose anaemia with blood tests.

A Complete Blood count (CBC) test is usually the first test a doctor will use.

A CBC test measures the amount of all components of the blood, including:

In iron deficiency anaemia, the hematocrit and haemoglobin levels are low.

Also, RBCs are usually smaller in size than normal.

A family doctor will usually perform a CBC test as part of an annual physical examination.

It’s a good indicator of a person’s overall health and may also be performed routinely before surgery.

This test is useful to diagnose this type of anaemia since most individuals who have an iron deficiency don’t realise it.

Anaemia can usually be confirmed with a CBC test.

Your doctor might order additional blood tests to determine how severe your anaemia is and assist in identifying treatments, including:

What if you have symptoms of low iron, but your doctor says your test results are normal?

If you suspect low or high levels of iron, then check your ferritin test result. The ideal range of ferritin is 50 to 70 ng/ml.

Chapter 5: What Are the Potential Health Complications of Iron Deficiency Anemia?

Most cases of iron deficiency anaemia are mild and don’t cause complications.

The condition can usually be easily corrected.

However, if anaemia or iron deficiency is untreated, it can lead to other health problems, including:

When you’re anaemic, your heart has to pump more blood to make up for the small amount of oxygen that can lead to an irregular heartbeat. In severe cases, it can lead to heart failure or an enlarged heart.

In severe cases of iron deficiency, a child may be born prematurely or with a low birth weight.

Most pregnant women take iron supplements as part of their prenatal care to prevent this from happening.

3. Delayed Growth in Infants and Children

Infants and children who are severely deficient in iron may experience a delay in their growth and development.

They may also be more likely to experience infections.

Chapter 6: How Is Iron-Deficiency Anaemia Treated?

Iron tablets can help restore iron levels in your body.

If possible, you should take iron pills on an empty stomach, which helps the body absorb them better.

If they upset your stomach, you can take them with meals.

You may need to take the supplements for several months.

Iron supplements may cause constipation or stools that are black in colour.

A non-constipating form of iron is iron glycinate.

Diets high that include the following foods can help treat or prevent iron deficiency:

If you’re taking iron tablets, I suggest taking the pills along with a source of vitamin C, like a glass of orange juice or citrus fruit.

Treating the Underlying Cause of Iron Deficency

If you have tried supplementing, modifying your diet and your doctor has ruled out any serious causes of anaemia such as internal bleeding, then you more than likely have an absorption problem.

In my clinical experience, the most common causes of poor iron absorption include:

Whisch part of the guide did you find most useful?

Or maybe I did not mention a question regarding rion deficiency anaemia.